At AzureCon, Microsoft announced that they were partnering with Nvidia in order to deliver their GRID 2.0 architetucture on Azure. This will allow customers to easily access heavy GPU power within Microsoft Azure, and this is then most likely like other virtual machines in Azure be available at pr minute cost. 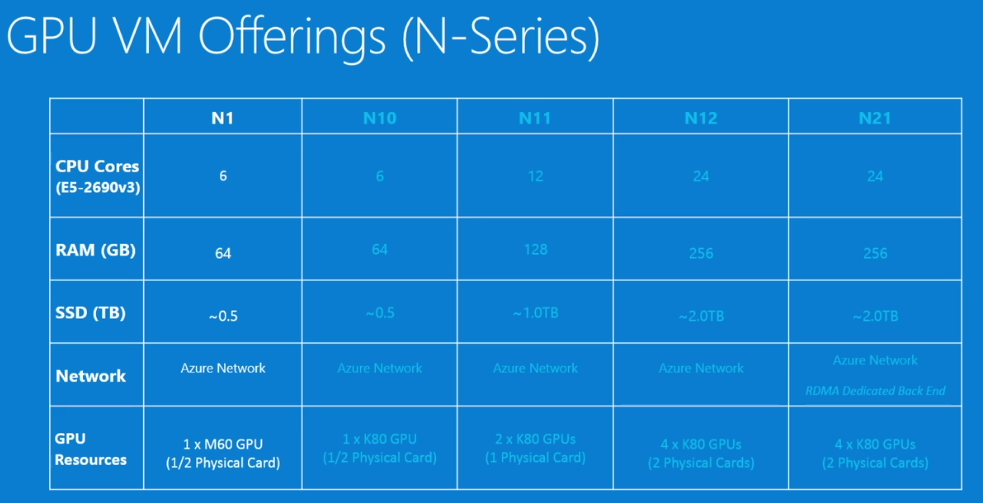 Microsoft is uses DDA (Pass-trough) which is a feature that Microsoft does not have available within their Windows Server version with RemoteFX. My guess is the N1 & N10 series is basically using RemoteFX and splitting the memory into 2 slots.

So does this mean that Microsoft is moving toward with GPU passtrough on regular Windows Server as well? Hope so!

Microsoft also mentioned that is being available on CLIENT OPERATING SYSTEM, does this mean VDI is coming on Azure?This is not available as of now, but will be coming in preview later this year.

So if you plan on delivering GPU capable terminal server based computing in Azure, you need to compentace for the latency and the support catapabilities of the remote display protocol. Hence you should look into Citrix and the latest achivements they have with Framehawk & HDX and that Netscaler is now available in Azure, go figure.

As I’ve mentioned previously, looks like the Azure AD time is running on speed or Red Bull, anyways they are active! today they announced a new preview of their universal tool Azure AD Connect (Which is going to replace DirSync and AAD Sync)

So there are alot of new features in preview in this new Azure AD Connect like.

So this means that there are more ways to deploy two-ways sync. Also it makes it easier for hosting providers to do onboarding for existing cloud partners to their existing to their on-premise Active Directory.

Now in order to use these features we need to do some changes to our active directory on-premise. 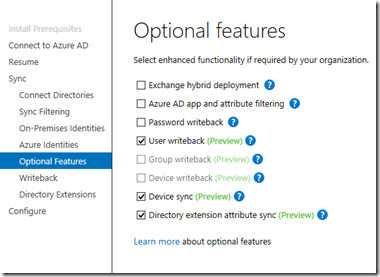 You can that the device and group writeback options are disabled until we run the PowerShell wizards.

First we need to locate the AdSyncADPrep module which are located under C:\Program Files\Microsoft Azure Active Directory Connect\AdPrep

Then for user-writeback to local active directory

Where the OU defines where the Azure AD users are going to be created in the local Active Directory. We can also define writeback in the wizard

So this is something I’ve just recently gotten aware of. (Just comes to show that so much news is coming to EMS pack. But this feature is really usefull for customers which has Office365 and Azure Active Directory.

Now if you are familiar with the Azure AD application portal you know that here users can access their applications which we have defined for them.

Which might be SaaS applications, other Microsoft Azure AD based applications or on-prem apps using Application proxy. That great but the typical user might have Office365 as their start portal (start page) is there any way to show the apps there instead ? indeed! 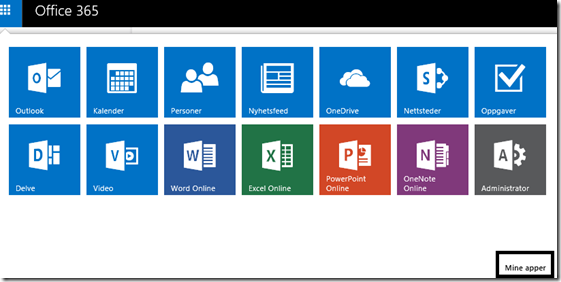 Great stuff! since this allows the user to have access to all their applications from within Office365.