So even though I am on vacation, I needed to take a glimpse of what’s happening on Nutanix the upcoming months. Like other companies they save the good stuff for that time each year that they have their big conferences, and even if this is the second year they are hosting .Next they have about 2500 attendees, which is pretty good. So anyhow… back to the technical stuff of what’s new! sorry about the messy layout but Its gathering info from twitter and other sources.

If you want to test out Nutanix but don’t have the lab or enviroment. you now have the option to do a 2 hour test-drive on a Nutanix public cloud. (This is coming soon!)

ABS ( Acropolis Block Storage) which allows us to present block storage using iSCSI to bare metal solutions, for instance like Oracle or SQL Server. (I’m guessing this is a minor extension of Volume Groups which also use iSCSI to present itself to virtual machines.)

Acropolis Container Service
Since everyone else is moving into Microservices and containers, Nutanix wants part of it. therefore they are coming with Docker support for containers on AHV.

Included in the 4.7 release will be the following:

ACS is scheduled to be available with the 4.7 release, and natively managing containers using Nutanix Prism is expected to be available in a subsequent release. You can look at a demo for the container service here –> https://t.co/uV05KdL5ko

One of the core capabilities that developers and business users love in the public cloud is the ability to provision applications and virtual machines without the intervention of IT. Nutanix Self-Service is designed to bring this simplicity to enterprise clouds, so that users can deploy applications at any point in time based on policies set by IT administrators.

Admins can create a catalog of projects and assign users (through AD/LDAP integration) and resources (storage, compute, and network) to these projects. Line-of-business users/developers can then login with their credentials, and based on what they have access to, will see these projects and resources. This will radically simplify application development and delivery, as well as bring a lot of automation to the process. The screenshot below from the user view of the portal shows the VM images that the admin has given access to for a specific user. The user can pick one of these images and can deploy it anytime.

VMware ESXi Management from Nutanix Prism: The one-click simplicity of Prism will be extended to ESXi as well, and customers will be able to perform common VM operations on ESXi VMs from Nutanix Prism. While this doesn’t obviate the need for vCenter, it eliminates the need to go back and forth for frequent VM CRUD operations. This capability is expected to be available in a subsequent release.

Also took note that for those attending .Next in Europe there is a HUGE ANNOUCEMENT coming there as well! Might be this little teaser from earlier on the Keynote. 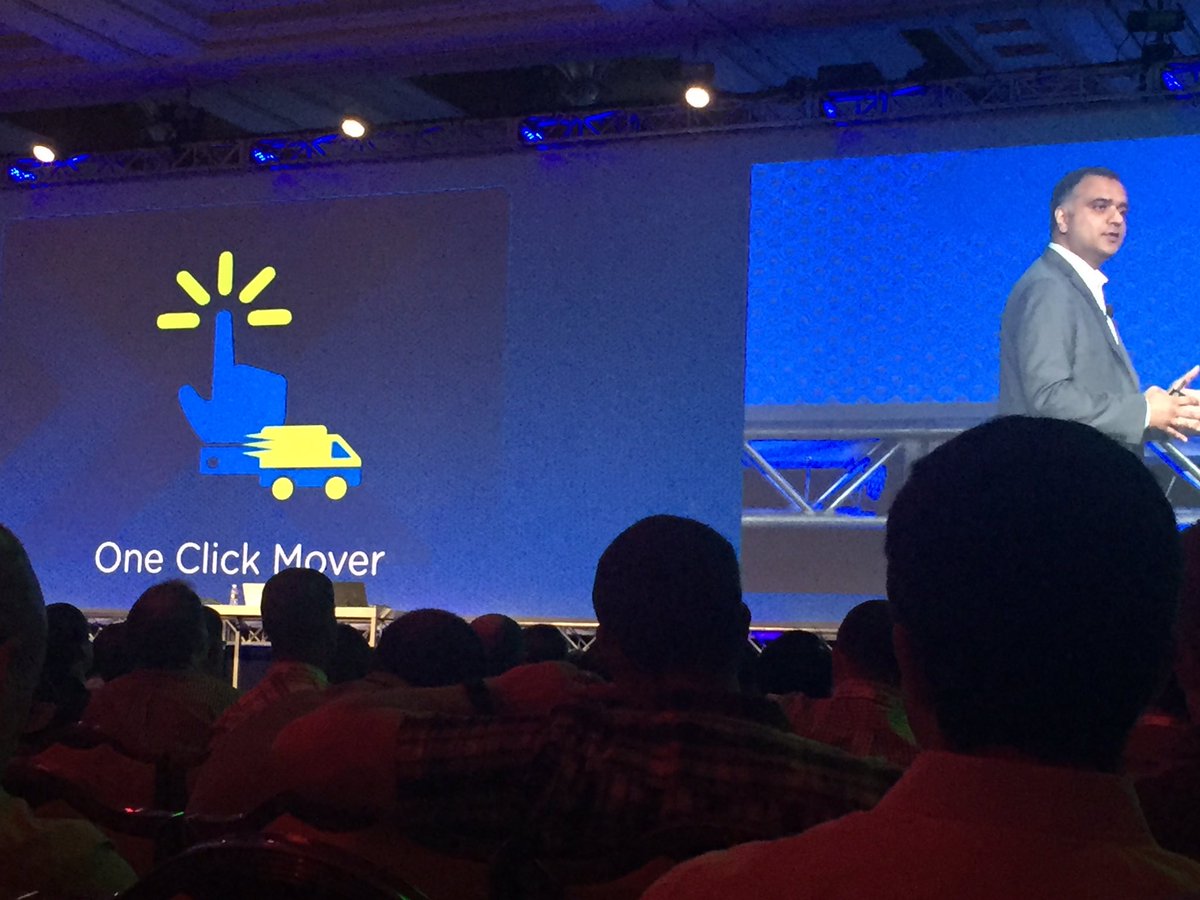