A cool year so far to be working in IT! alot of new tech been released and I have a lot of catching up to do. One of this is vWorkspace 8.5 which was released a couple of weeks ago.

For those that aren’t aware of what it is, can read some of my previous posts regarding vWorkspace or see a bit from this Dell FAQ: http://en.community.dell.com/techcenter/virtualization/vworkspace/b/vworkspace-blog/archive/2014/12/09/latest-release-of-vworkspace-8-5-faq-39-s

Now vWorkspace has been an underdog to the other competition like Vmware View and Citrix XenDesktop, but with this release they have removed some of the gap that the competition might have.

So what’s included and what’s new in this release? 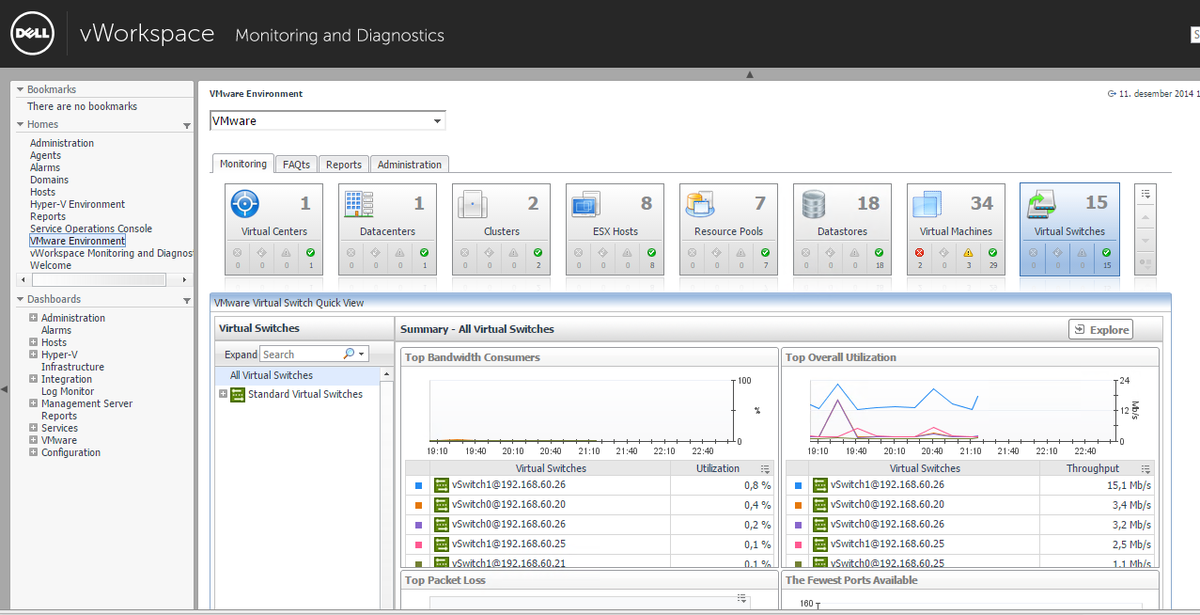 it also has a good integration directly to vWorkspace which allows us to drill down to see specific user sessions (screenshot is from user experience monitor from Foglight) Foglight can also be expanded to monitor solutions like Exchange, which requires that we have a new cartridge (addon)

* Wyse Streaming Manager (7.2)  (In premium edition) http://documents.software.dell.com/DOC262841
Is a streaming technology, kinda like Citrix Proervisioning Server, which allows us to stream OS images directly to a server or a client. Also in the new release is support for application layring features as well, which is some of the features that Unidesk and Cloudvolumes from VMware is delivering. Will write more about WSM in a future post.

Also in the latest version of vWorkspace, Dell added a HTML 5 receiver which allows for clientless access to vWorkspace. And also for those unaware vWorkspace already supports Linux VDI using the open source project Free RDS RDP server.  (Something that Vmware and Citrix are currently working on)

Also they have a pretty nifty setup regarding deployment of Connectors and have as well support for most mobile platforms with own clients. And of course many of the Wyse ThinOS clients are certified for vworkspace as well.

vWorkspace can also integrate against, Vmware and Hyper-V / System Center for provisioning and managment of VDI / RDSH.

Also with 8.5 came support for the following platforms.

Now vWorkspace has suppor for the tradisional ways of delivering VDI / RSDH and also has extended capabilities for Hyper-V with something called Hyper-V catalyst components.

So looking forward to see if vWorkspace can match the competition in the time ahead!